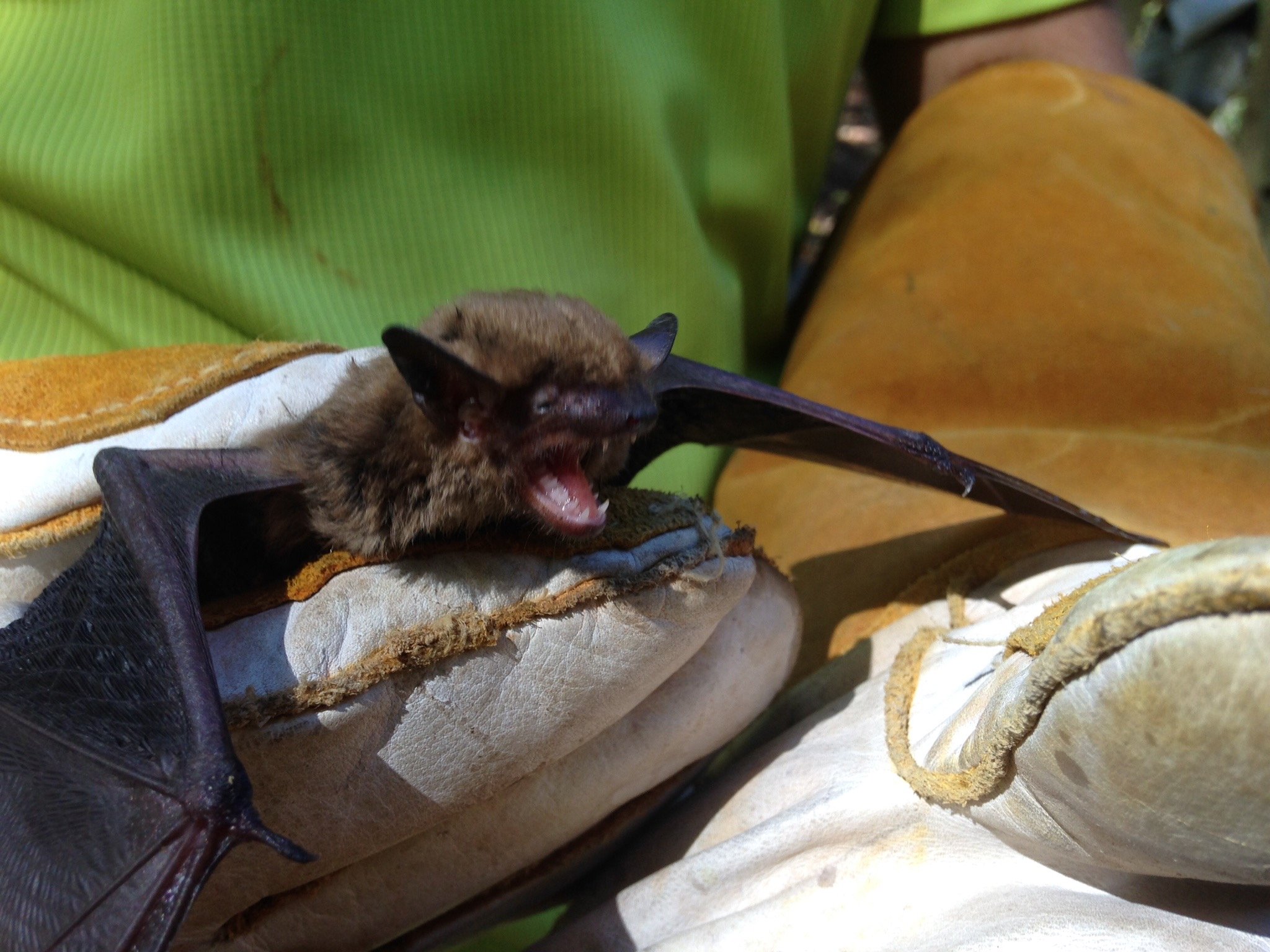 Please understand that bats are protected, harming a bat can carry a serious fine! We need bats to stick around, just not in your attic or home. We have fully trained, Licensed & Insured Atlanta Bat Removal Specialists who can safely & quickly get the bats to vacate your home or building and never come back. Obviously you were not prepared for a bat invasion… so we will do everything we can to keep the costs down.

Bat problems are common in Atlanta, GA.  You are not alone!  Getting bats out of your home, for us is a simple process, simple because we understand how bats gain entry.  All bats need is a gap or hole ranging in size 1/4″ – 1-1/2″ to gain entry in your home, walls, attic or gable vent. These facts are what our Licensed Bat Specialist are trained to recognize and immediately identify in order to get the bats out of your attic or gable vents and keep them out.

We are experts in getting the bats out without harming them in the process.  We service the entire Atlanta, Georgia area for bat trapping, bat removal, bat control & bat exclusion.  The process is as follows:

There are extra measures and precautions that need to be taking during the “baby season”. This can vary every year so we make sure to keep updated on any changes and we will go over this on the phone with you.We have to get our eyes on the colony to determine that there aren’t any flightless babies.  If there is flightless young or if we cannot confirm visually, we have to allow them to remain until the end of the maternity season.  However, we can seal up your home except for their entry/exit point.  This prevents the additional cleanup in more areas and saves you money.  After the maternity season we come back and install custom one-way valves or hand remove and continue with the standard bat removal process.

Call us and we can explain the process to you.  Don’t let others scare you into paying crazy amounts of money thinking your life is in danger.  We can help you.  We answer our phones 24/7!

Any questions give us a call!